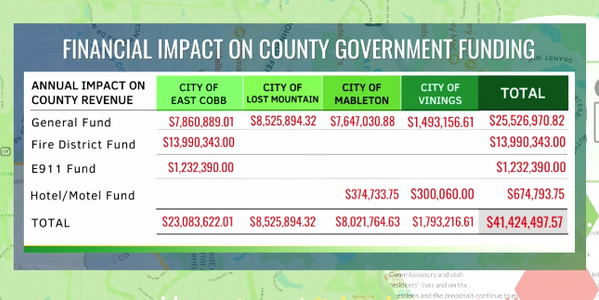 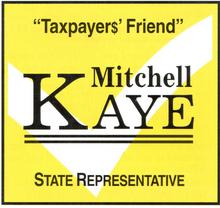 As your representative, I will be called on to make decisions that affect our community. My responsibility is to research the facts and issues and deliberate in an informed way.  In early March, as requested by the Marietta Daily Journal of all the candidates, I wrote about the aspects of cityhood which I thought have merit and those which continue to trouble me.

Since that time, I’ve  continued to seek more information and I’ve tried  to get my questions answered so that, like you, I can make an informed decision in the voting booth and as your state representative to act in your interests as situations arise.

I OPPOSE cityhood as the public safety component continues to bother me as we can not jeopardize the safety and wellbeing of our community.  In my 33+ years living in East Cobb, my family and I have benefitted from excellent police and fire protection services.  I have heard no complaints about any problems or deficiency in service.

Recently, I contacted Cobb County government to inquire about fire safety expenditures.   The continued delivery of quality Fire protection services is a major concern.  This also includes how the contemplated independent fire department will affect our ISO rating which would impact our homeowner's insurance rates.  Although funding is not always the best metric, it can highlight weaknesses.

​As you can see above, the unincorporated portion of Cobb county, exclusive of the cities, spends about $155 per person on Fire protection.  The cityhood group’s financial study estimates an annual fire department budget of $5.7 million expenditures would be about $95 per person and would use the excess funds from the $13.99mm Fire District Fund for other services.   I continue to question how will fire protection stay the same or improve in the new city when funding has been reduced by over 35%?   We all know that the quality of services at this level cannot be maintained.

Besides having an excellent fire department, our local police are also top notch.  These men and women put their lives on the line for our safety and deserve all of our appreciation.  With that said, having lived in East Cobb for over 33 years, I can not recall a problem in fire or police protection that would warrant such a major change.  "If it ain't broke, don't fix it!"  Additionally, with an independent police force, we would definitely need a municipal court, municipal judge(s) and possibly a new jail.

I am continuing to listen and learn to all sides of this important issue.   However, given the uncertainties of cost and unneeded duplicative services, I will vote NO!

UPDATE - On March 14th, a friend of mine in East Cobb had a major house fire, losing everything.  Thankfully, his wife and four daughters were unharmed, but he suffered burns over his body.

"The Cobb Fire and Emergency Services Department said on its Facebook page that crews from nearby Station 21 and other locations arrived in five minutes, but three sides of the home were already engulfed in flames, along with thick black smoke.

"The response included 28 personnel, four engines, one truck, one rescue vehicle, an air truck and a specialty unit.."

A GoFundMe page has been setup to help the Addess family at   https://www.gofundme.com/f/fire-destruction-addess-family

Appreciation goes the Cobb Fire and Emergency Services Department for their heroic efforts.  They were able to use county-wide departmental resources, resources that a city the size of East Cobb could not.  This incident only reinforces my NO position on cityhood.  The safety and wellbeing of our community can not be jeopardized!

as reported in the Marietta Daily Journal in early March

As a candidate for State Representative, it is incumbent upon me to listen and learn to make an informed decision about this important issue. Accordingly,  I have attended presentations promoted by both "for" and "against" organizations.  My wife and I have lived in East Cobb for over 33 years, raising three children and having benefited from quality schools, safe neighborhoods and excellent parks. This quality of life remains attractive to us, as East Cobb is a great place to live, work and raise a family.

In my five terms as State Representative, I have supported the initiative and referendum movement allowing citizens to vote on major issues. This referendum is consistent with that position.

The government closest to the people should be the most responsive to its citizens.  The initial cityhood bill introduced by then-State Rep. Dollar proposed "city-light"  services, including planning and zoning, code enforcement, and parks and recreation, similar to three other Cobb cityhood referenda – Vinings, Mableton and Lost Mountain.

Planning and zoning decisions made at the local, not county level, are beneficial to the community.  If only city-light services were proposed, as in the original bill, I would support the referendum and believe it would pass easily.

Subsequently, a substitute bill was introduced, which included a public safety component, raising issues yet to have been properly vetted.  The delivery of police and fire protection and 911 services, if done without care and diligence, could negatively impact the safety and well-being of our community.  Uncertain cost factors including the addition of a local jail, municipal court and judge and its effect on local taxes add to these concerns.

Accordingly, it is my intention to ensure all residents are equipped with adequate information in making this decision – a decision I will respect as your next State Representative.